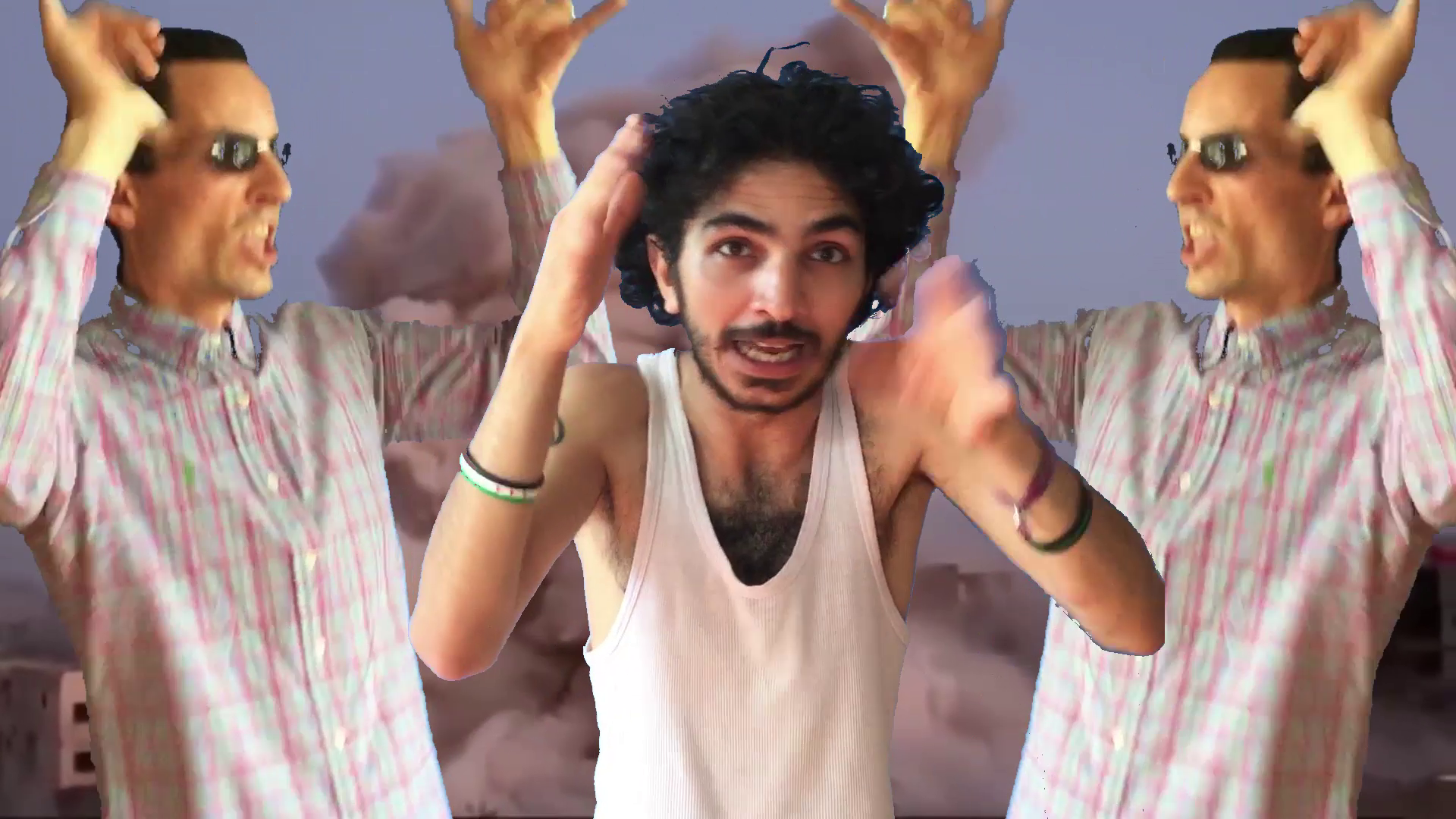 I am really proud to drop today my big 2017’s project called Ausländerbehörde and premiere our video for our first single “Identitär”. The Identitäre Bewegung is a white nationalist movement … *wikipedia* We were so obsessed and fascinated about them, they deserve an athem. Voila! So who in hell is AUSLÄNDERBEHÖRDE? It’s Mohammad Abu Hajar from Tartous, Syria, and me – Jemek from Gdynia, Poland.

We were announced already for a show back in August on berlin’s Pop Kultur Festival 2017 that Abu Hajar (along with 7 other acts) boycotted according to a festivals partnership with the embassy of Israel. You might know I played on that festivals substitutional and did my Jemek Jemowit Best Of Gala™. I am really happy Mohammad and me found back together with respect to our decisions on boycott and non-boycott.